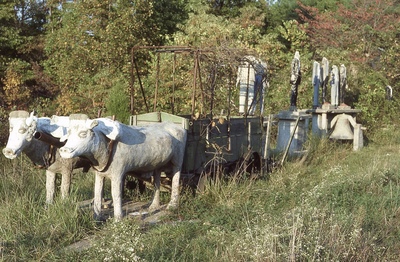 This image shows the Liberty Bell piece from another angle, and also features statues of two bulls pulling a cart. Like the other pieces, these statues of art preserve a part of history through the perspective of Wickham for future generations to experience for themselves.