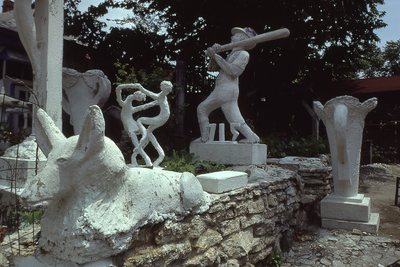 This image shows a view of several of Bailey’s sculptures. The dog and the chalices are both significant among African American funerary traditions. In the center of the photo is Bailey’s last sculpture, commemorating Hank Aaron’s record setting 715th home run.