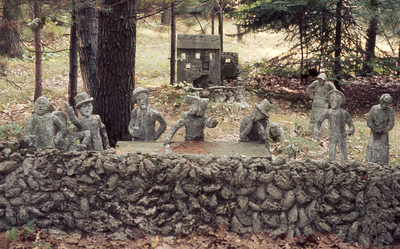 This piece portrays many realistic figures standing around a table, as they stood in 1976. This signifies Tellen’s passion for religion and his love for the human anatomy.