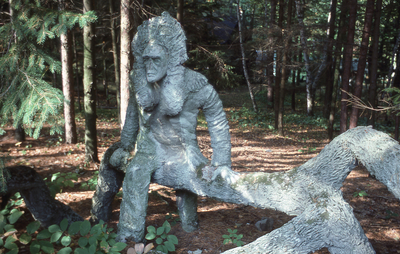 This image shows one of Tellen’s many human figures. It portrays an indigenous man made of concrete. This was part of his first major work with concrete.