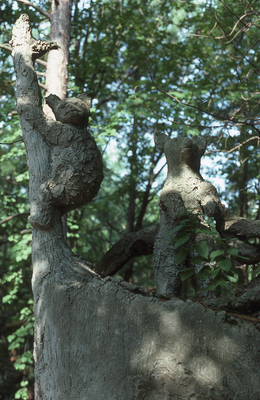 This image shows two clamoring bear cubs as a part of a 65-foot weathered log sculpture. These bears were also involved in Tellen’s first major work in concrete.