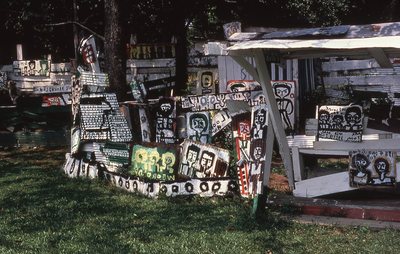 This image shows a close-up view of Mary’s portraits of the Holy Trinity. These works are painted on tin that were obtained from a nearby garbage dump.