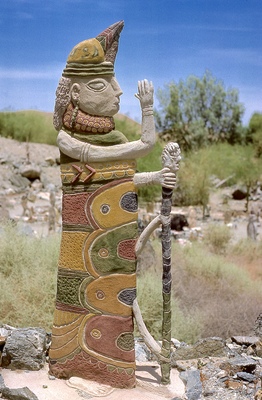 This is one of the many sculptures that once stood in the area. This image was captured ca. 1976. Today, it no longer stands and has been reduced to rubble. This sculpture depicts a person and could be of biblical reference.