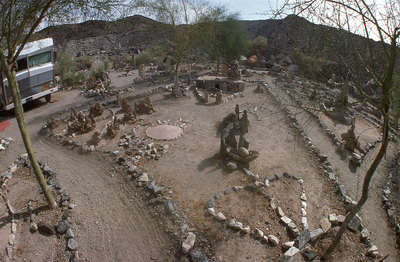 Depicted in this image is a slight overview of how the property and the creations that were sculpted once appeared. As you can see, the area spans a large chunk of land. Seen toward the left hand side of the image is the camper that Driftwood Charley lived in.