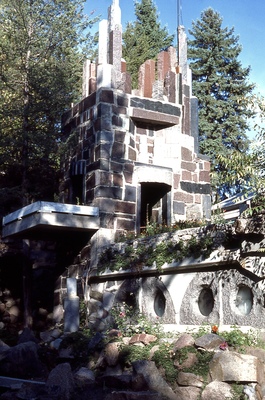 The focal point for his garden, this tower reached 45 feet high. Wippich sourced the distinctive red granite from a bank that was being torn down in nearby St. Cloud, Minnesota.