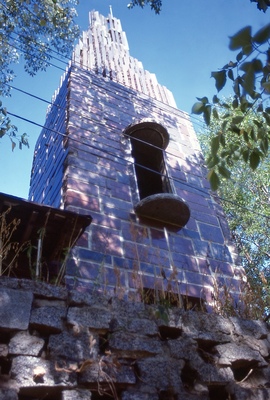 This image shows another view of the tower in Wippich’s garden. When the bank was being torn down, Wippich hired as many local teenagers as he could in order to get as much of the free granite as possible. The granite would become a part of this tower as well as several other features of his garden.