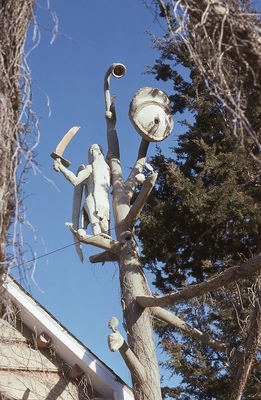 Dinmoor also created his own mausoleum, where he lays to this day. Visitors can view this coffin behind a piece of glass where a double-exposed image he created of himself looking down at his own corpse is on display.

This image shows a sculpture of an angel with a sword on a tree, resembling the angels populating the Garden of Eden, which is the name of this artist-created site.