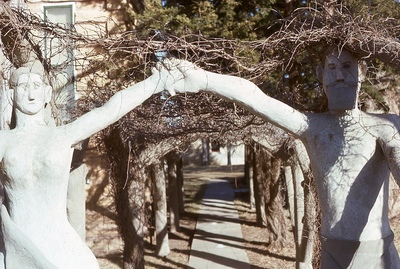 Dinsmoor also created his own mausoleum, where he lays to this day. Visitors can view this coffin behind a piece of glass where a double-exposed image he created of himself looking down at his own corpse is on display.

Adam and Eve, the two who are the focus of the story of the Garden of Eve within biblical literature, stand hand in hand showing you the path into the Garden.