Father Paul Dobberstein: The Shrine of the Grotto of Redemption Image 1 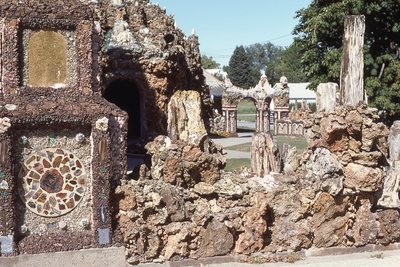 This image showcases the size of the grotto as it has winding paths through the created art pieces made of precious and semi-precious rock, as well as petrified wood.