Father Paul Dobberstein: The Shrine of the Grotto of Redemption Image 2 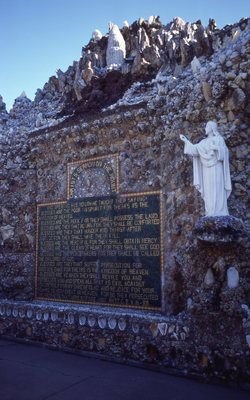 Because Father Dobberstein was an ordained minister, he held deeply religious beliefs that influenced his work. This piece features a plaque with a bible verses and a statue of Jesus.