Father Paul Dobberstein: The Shrine of the Grotto of Redemption Image 3 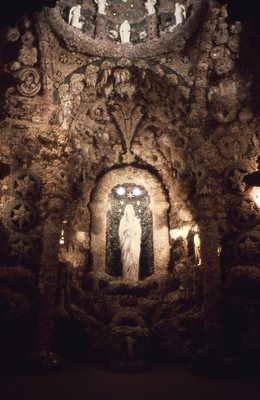 This image highlights the vastness of some of his pieces. Resembling a cathedral, he made a towering ornate interior made of these minerals and rocks to glorify his closely held religious beliefs.