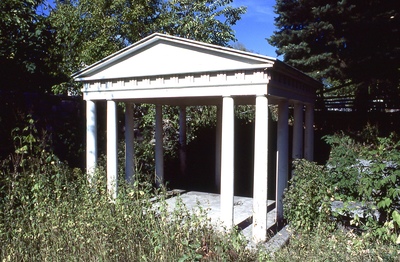 This image features a structure in Wippich’s garden that was modeled after the Parthenon in Greece.