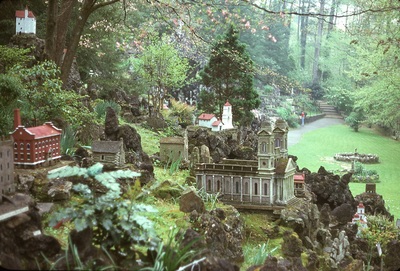 In this image, you can see several of Brother Joseph’s 150 sculptures in the Ave Maria Grotto.