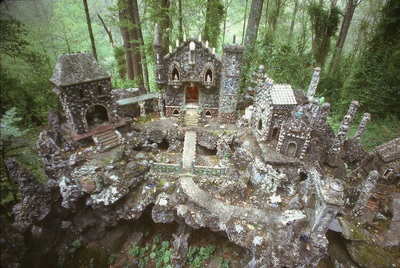 Brother Joseph’s miniature versions of religious monuments, like the one shown here, were made from discarded materials like pipes, sea shells, plastic toys, costume jewelry, marbles, and tiles.