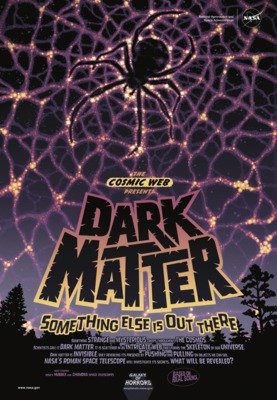 Image text:
National Aeronautics and Space Administration
NASA
The Cosmic Web Presents: Dark Matter
Something else is out there
Something strange and mysterious creeps throughout the cosmos. Scientists call it dark matter. It is scattered in an intricate web that forms the skeleton of our universe. Dark matter is invisible, only revealing its presence by pushing and pulling on objects we can see. Nasa's Roman Space Telescope will investigate its secrets. What will be revealed?
www.nasa.gov
Guest starring NASA's Hubble and Chandra Space Telescopes
Galaxy of Horrors
exoplanets.nasa.gov
Based on real science