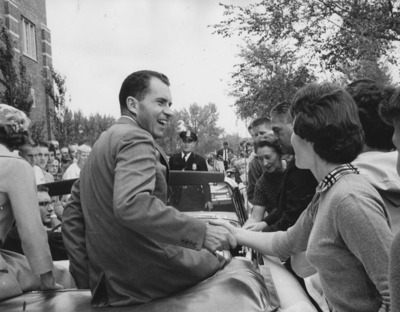 Former Vice President Richard Nixon greets supports during a visit to the UND campus on October 21, 1965. Nixon spoke to a crowd of several thousand at the UND Fieldhouse regarding the need for a stronger minority party in Washington, DC.