Farewell to the Legislature 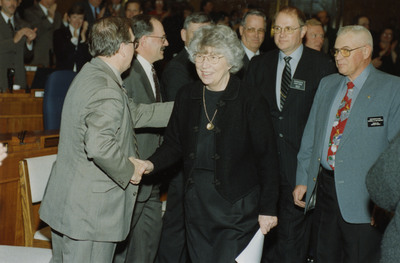 Lieutenant Governor Rosemarie Myrdal shaking hands with unidentified man while walking in the Legislature during her last days in office. The legislators gave her a standing ovation.