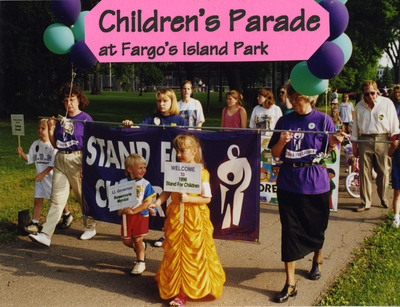 Lieutenant Governor Rosemarie Myrdal participates in the "Stand for Children" parade at Fargo's Island Park. She is joined by a group of unidentified men, women, and children.