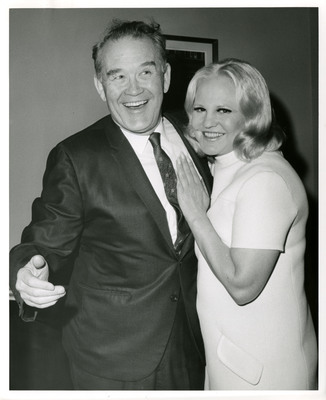 Senator Quentin Burdick (left) poses for a photograph with singer and actress Peggy Lee (right) on April 30, 1969. A native of Jamestown, North Dakota, Lee met with Burdick while she was in Washington, D.C., to visit the U.S. Senate.