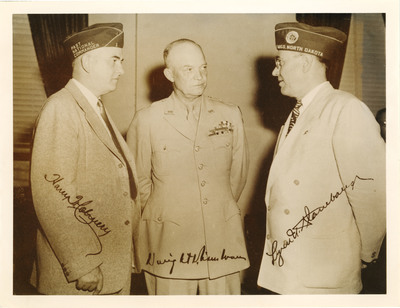 Lynn Stambaugh graduated from UND in 1913 and entered the U.S. Army in 1917. He saw combat duty in France during the First World War. He was very active with the American Legion, both on the state and local levels. He served as the Legion's National Commander in 1941.