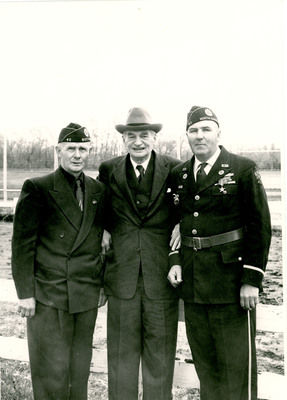 U.S. Senator William Langer (center) poses for an undated photograph with two members of the American Legion from North Dakota. Edward Milligan is on the right while the person on the left is unidentified.