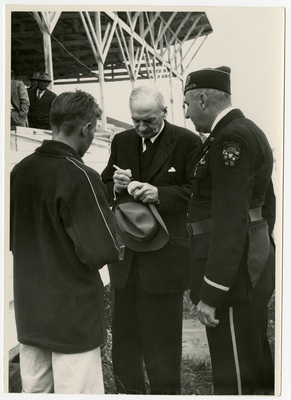 Senator William Langer autographs a baseball for a young fan in this undated photograph. Langer is flanked by Edward Milligan, a North Dakota native and member of the American Legion.