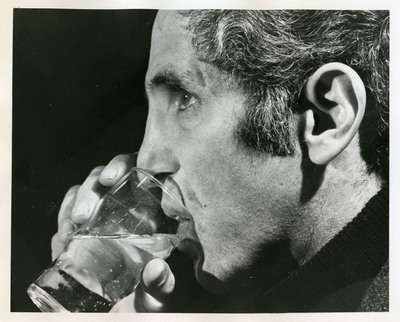 Daniel Ellsberg takes a drink from a glass of water during a presentation at the Chester Fritz Auditorium on March 5, 1974. Ellsberg was a military analyst for the RAND Corporation when he released "Report of the Office of the Secretary of Defense Vietnam Task Force" (more commonly known as the Pentagon Papers) to the New York Times in 1971. The Pentagon Papers revealed that officials in the United States military had misgivings regarding the likelihood that the Vietnam War could be won and that the military had secretly broadened the scope of the war.