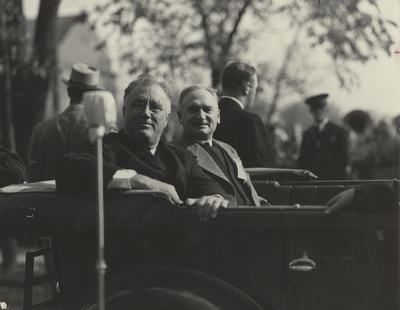 President Franklin Delano Roosevelt and North Dakota Governor William Langer pose for a photograph in an automobile on the UND campus on October 4, 1937. FDR was in town to dedicate the grandstand at the Grand Forks County fairgrounds.