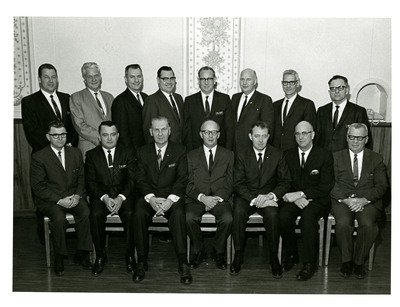 Group photograph attendess at a League of North Dakota Municipalities meeting on January 12, 1967, at the Prince Hotel in Bismarck. (names from the back of the photograph)