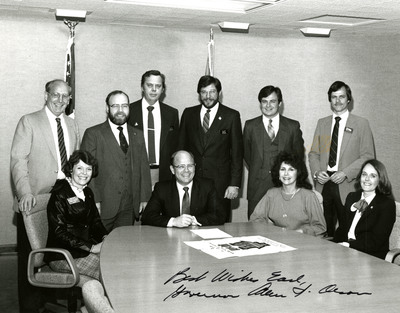 In an undated photograph, North Dakota Governor Allen Olson prepares to sign a document in the presence of numerous state government officials. Olson is seated at the the head of the table in the front row, while House Majority Leader Earl Strinden is first on the left in the second row. All others are unidentified.