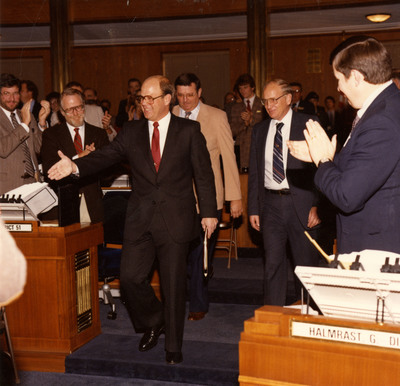 North Dakota Governor Al Olson enters the House of Representatives Chamber for a joint session of the legislature in 1983. House Majority Leader Earl Strinden walks behind him.