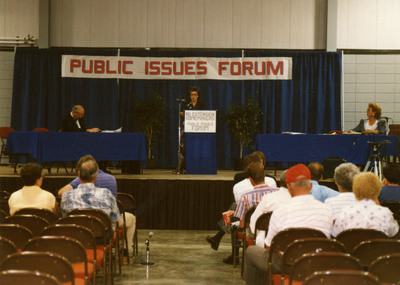 House Majority Leader Earl Strinden takes part in a Public Issues Forum at the North Dakota State Fair in Minot on 28 July 1988. The North Dakota Extension Homemakers sponsored the event. Judy Dewitz and Elaine West of the Homemakers share the stage with Strinden.