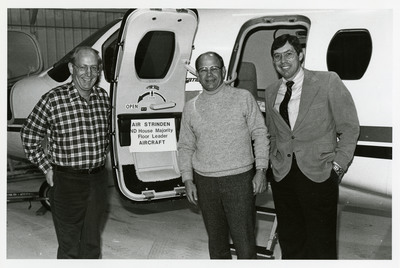 John Odegard was the founder and dean of the UND School of Aerospace Sciences.