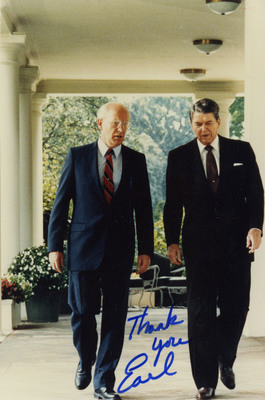 A 1988 photograph of North Dakota House Majority Leader Earl Strinden walking with President Ronald Reagan at the White House in Washington, D.C.. Strinden visited Reagan while campaigning for the U.S. Senate in 1988. The words "Thank You Earl" are written on the photograph, although it is unclear who wrote them.