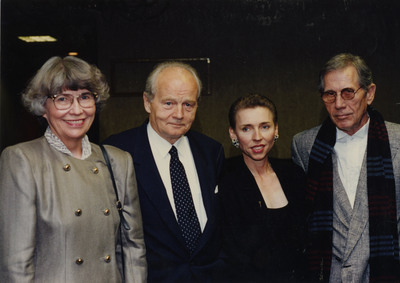 Rosemarie Myrdal with Pam Davy and two other unidentified male guests at Norsk Hostfest. Information taken from back caption of photo.