Strinden for US Senate Hat with Baseball, Glove, and Bat 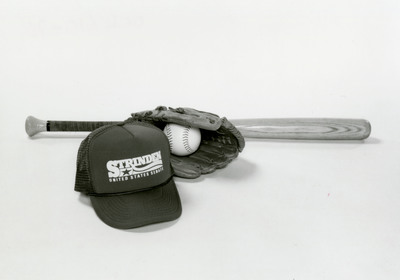 An advertising photograph for the Earl Strinden for U.S. Senate campaign in 1988. The photograph includes a hat with "Strinden United States Senate," along with a baseball, glove, and bat.