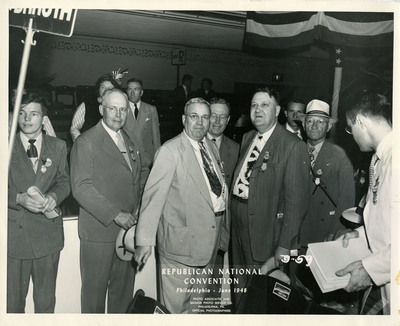 A photograph of delegates to the 1948 Republican National Convention in Philadelphia, Pennsylvania. Olger Burtness is fourth from the right.

An alum of UND, Olger Burtness represented North Dakota in the U.S. House of Representatives from 1921 until 1933. He also served as North Dakota District Court Judge from 1950 until his death in 1960.