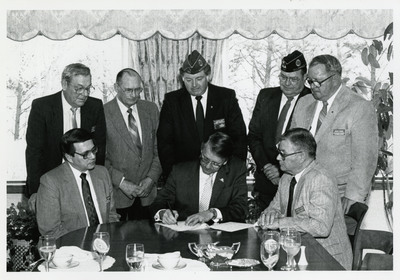 Seven unidentified individuals witness Governor George Sinner sign a document. Two of the people are wearing hats with what appears to be the emblem of the American Legion. George Sinner was the 29th Governor in North Dakota history, serving from 1985 until 1992.