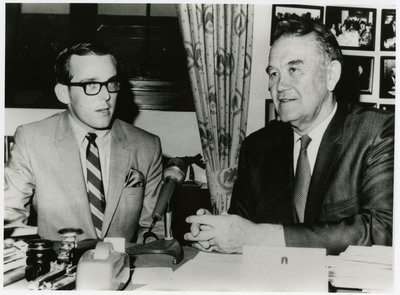 Byron Dorgan and Senator Quentin Burdick sit at a table with a microphone in an undated photograph.