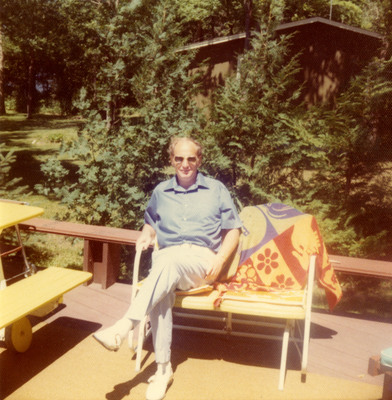 A July 1973 snapshot of Earl Strinden relaxing in the outdoors. A Republican, Earl Strinden represented Grand Forks in the North Dakota House of Representatives from 1967 until 1989. He also served for many years as President of the UND Alumni Association and Foundation.