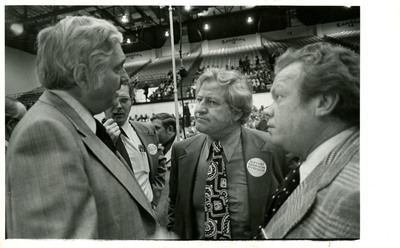 From back of photograph:

Sebastian F. "Buckshot" Hoffner served in the North Dakota legislature in a career that ran from 1962 until 1980.

State Senator Francis Barth lived in Solen and represented District 53 in the North Dakota Senate from 1971 until his death in 1984.