With the Consul General of Norway 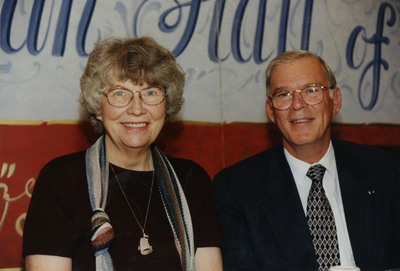 Rosemarie Myrdal with Ulf Christiansen, Consul General of Norway to the Midwest, at the Scandinavian American Hall of Fame Banquet at Norsk Hostfest, Minot, North Dakota.