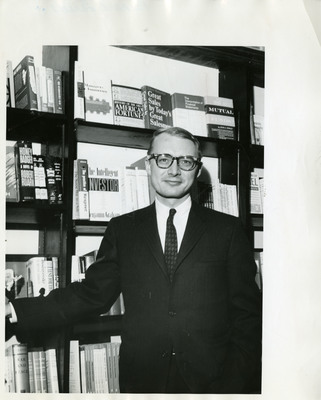 State Representative Richard Larsen poses for a photograph in front of a bookcase. The photograph was taken shortly after Larsen had won election to the North Dakota Senate in November 1966.