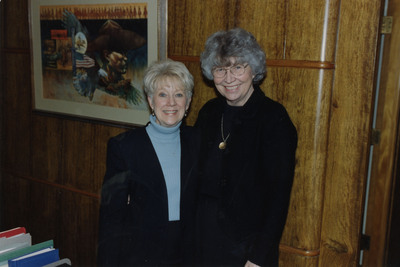 Rosemarie Myrdal pictured with an unidentified woman during her last days in office.