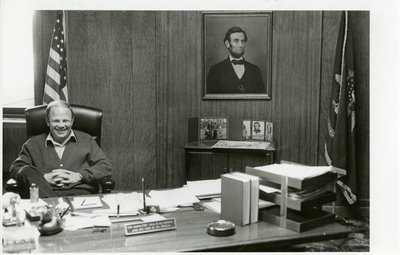 North Dakota Attorney General Allen Olsen is photographed in his office at the State Capitol in November 1977. A framed painting of Abraham Lincoln is on the wall behind Olson, alongside the American and North Dakota flags.