Earl Strinden and Allen Olson at a Meeting at the Peace Garden, 1977 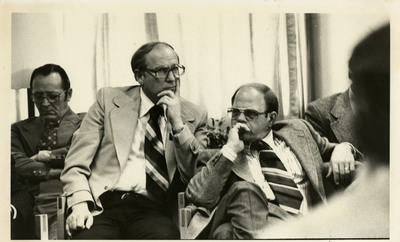