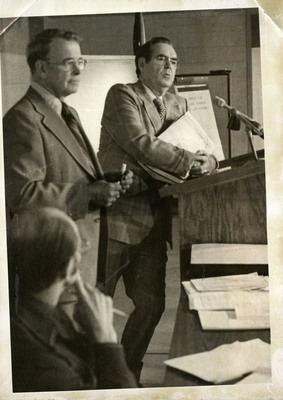 Known as the "Referral King" of North Dakota, Robert McCarney placed nine referrals, five initiated measures, and one constitutional amendment on the ballot between the 1960s and the 1980s. He was also an unsuccessful candidate for several statewide positions during that time. In this photograph from August 1976, McCarney speaks from behind a podium at an unidentified event.