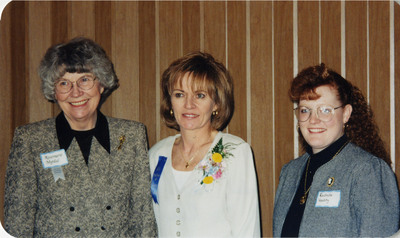 Lieutenant Governor Rosemarie Myrdal, Kathy Charley, and Rachelle Veazey pose for a photograph from 1998. Information taken from back caption of photo.