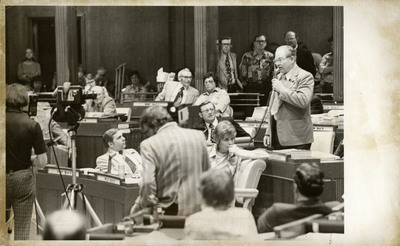 State Senator John Maher addresses the legislature during a legislative session. Maher represented Bowman in the North Dakota State Senate from 1975 until 1978. He also acted as the state chair of the Democratic/Nonpartisan League.