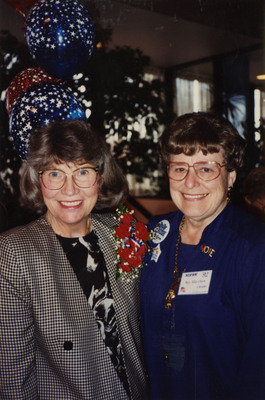 A fellow Republican, Alice Olson served together with Rosemarie Myrdal in the North Dakota House of Representatives to represent District 11, and later District 10 (Cavalier County). Olson was elected in 1972 and served for 26 years until her retirement in 1998.